Facts you did not know about us before - part 1

As many of you already know, Krannich is represented worldwide. Therefore, we would like to give you some fun insights into some of our subsidiaries, which you probably did not know yet.

Krannich Spain was opened in 2004 and was the first branch outside Germany. The office is located in the small town of Picanya, in the province of Valencia, and has 28 employees. The sales territory of the 28 employees covers not only Spain but also Portugal.

With UniKrannich, the Spanish branch has developed a great method of communicating content to its customers. These are trainings and informational events that are held throughout Spain and Portugal. Despite the current Covid-19 situation, the branch has decided not to abandon this service but to use online events. The webinars are currently well accepted by the customers - the whole team is very happy about this.

Team facts: The team holds a celebration in summer and at Christmas, where meals are shared, and teambuilding activities are held. Last time, the whole team was taught how to prepare an original authentic Valencian paella. Of course, they also do sporting activities such as bowling to balance out the stress. The team was accompanied for about ten years by a hairy helper called Pirata. Unfortunately, the branch has nothing left but wonderful memories of Pirata now. 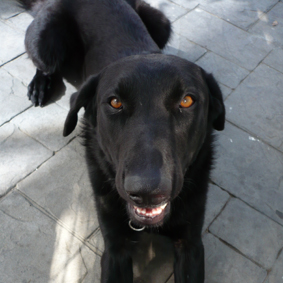 Krannich Japan is located in the busy city of Nagoya, in the center of Japan. With over 2 million inhabitants, it is also the birthplace of the Toyota company. Due to the high volume of traffic in the city, most Krannich employees in the 12-member team have to take the underground to the office, which fortunately is only a few meters away from the station. Two employees even live in other parts of the country. One in Tokyo, one in Osaka. This means that Krannich Japan is actually represented at 3 locations.

Despite the chaos in the city, Krannich Japan has its own warehouse in Nagoya, which means that customers can be supplied quickly thanks to numerous logistics companies within the country.

By the way, other projects in Asia are handled by the Singapore branch.

The Indian branch is located in Pune, a city near Mumbai. Right now, 26 people work for Krannich India, who have to communicate with customers in almost 22 different languages due to the country's linguistic diversity. Experience has shown that communication in the customers' native language is beneficial. Correct logistical handling is essential for business in India. As delivery delays are not uncommon, communication by telephone with customers is very important, as customers are usually not satisfied with an e-mail.

Negotiations in India are largely conducted via WhatsApp and therefore quotations are only entered into the ERP system for documentation. The sales staff of the branch office have different WhatsApp groups, which are divided regionally. These groups are widely used for advertising and are well received by customers.

Webinars and customer trainings are also offered in India, but roadshows (promotional events that take place at various places) are also organized as additional advertising measures. As the Indian market is very price sensitive, good work must be done in promoting the products.

Nevertheless, especially in the southern part of India, more and more attention is being paid to quality rather than price.

Team facts: The team enjoys team building activities. Most recently, Krannich India was trekking together. Trekking is a hike of several days in a smaller group with a guide through often impassable terrain in the high mountains.

What the Indian employees particularly appreciate in their work is the freedom to do their job as they wish. In India they are allowed to use any legal and acceptable way of working as long as this helps. They are not just part of a process; they use processes to pursue a common goal.

„Here we are not only a part of the process, but we are the ones driving the process serving a mutual goal.” We are very happy to have such a dynamic team in India, who like to try new things and show such flexibility.

The Mexican branch has grown from just four people to 34 in 3 years. As a consequence, a whole series of office relocations were necessary. The sales team consists mainly of engineers who have already installed solar systems on roofs themselves. This is to ensure that the branch can provide good advice to customers throughout the national territory. However, the products are not only shipped within Mexico, but also to other countries in Central and South America.

As in India, roadshows are mainly organized to maintain contact with customers.

Team facts: The team describes itself as a young team (even though some of them may not actually be that young anymore), which takes great care to ensure that each member feels at home in a familiar atmosphere. In team building activities such as bowling, rallies and "carnes asadas" (barbecues), the constantly growing team grows together more and more. All team members are very active on social media and therefore wish for many new followers.

The team is additionally supported by office dog Juana (Banana), who belongs to Branch Manager Christof.

Concluding we can say that the motto "same, same but different" is very suitable here. Each branch has its own procedures and methods. Nevertheless, we are all very similar and share the same goal - the expansion of renewable energies!

We are very happy that the values of the Krannich family are lived worldwide and would like to thank everyone for their successful cooperation!